Unique luxury horse stud farm in northeastern Poland, with an area of 60 ha private agricultural land.
The owner offers the company's shares for sale in a discreet transaction. 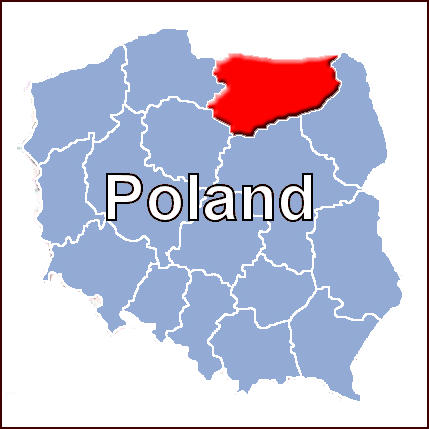 A unique and very presentable horse stud farm and with potential for a hunting lodge. Perfect, for both permanent residence and leisure, for the discerning nature lover.

The site is quite unique given its history, location and exceptional quality of the buildings and land layout.

For those who enjoy living in harmony with nature, appreciate a healthy lifestyle, it is an ideal match, with great potential to acquire your oasis or run your own business.

The stud farm is located in a unique wonderful nature in western Warminsko-mazurskie, at the border to Pomorskie, in the forests, next to the Elbląg Upland Landscape Park, on a 130 m ridge, above little village Kadyny, the Vistula Lagoon and the Baltic Sea.

The forest that surrounds Ostrobrzeg is partly "forest preserve" with its closest neighbor of the Franciscian monastery close to Kadyny and on the other side - 2,5 km away - the village of Pagorki and Lecze. There is view to lake Zalew Wislany and Krynica Morska from the property.

The village “Kadyny” was probably founded in the 13th century by the Teutonic Knights. The first recorded owner of these lands was Hans von Baysen, a Prussian nobleman who lived in the 15th century. In the 17th century, Kadyny became a property of Schlieben family, who built a palace here. After changing owners several times, at the end of the 19th century the estate passed to the German Emperor, Wilhelm II. Thanks to his efforts, Kadyny started a period of great development with the palace being renovated and reconstructed to turn it into a summer residence for Wilhelm II. The village was extended and rebuilt at the same time.

Ostrobrzeg belonged to the state stud farm of Kadyny but was separated and after that time the Scandinavian owner saw a great potential in Ostrobrzeg as a base for their stock of thoroughbred racehorses. That was in the late 1980ties. During that time the owners decided to give the farm a second life. It took 2 years of constant renovation, practically taking the place down and re-building it with respect for conservation and ethic.

Horses moved in first and in the beginning the family used Ostrobrzeg as their second home - spending great time during hot summers and cold winters. In 2001 the family decided to move here permanently and manage the farm.

"Due to Ostrobrzeg and its greatness I have enjoyed living here for more than 20 years now. I have a great passion for both - horses and nature" - the owner says.

Nature and potential of Ostrobrzeg:

Ostrobrzeg is one of the best places to rear horses. It is quiet, has got some moderate rolling hills - good for muscle building, good soil to grow nutritious forage and grazing, healthy stables, own water supply rich in calcium for bone growth etc.

Ostrobrzeg is a good place for hunting as well - with its wide range of wildlife like wild boar, sika - which are very special for this area, once imported from Japan as a gift to Kaiser Wilhelm II - Emperor of East Prussia.

The location here is unique with its seclusion and historical links. That is why there are many opportunities for living and running business.

The property is owned in a company holding structure.
The operating company is a Polish legal person (Sp. z o.o.).

The current owner has been raising Arabian gallop horses on the property for the past 20 years.

The fields are mainly used for grazing the horses, alternated only with fodder crops, for the sake of good agricultural rotation and cultivation.

The soil quality varies from place to place. We estimate that the soil mainly corresponds to 'Heavy clay soils' and 'Clay soil'.

The stud farm is located on a plateau, approx. 140 m above sea level, surrounded by natural forests and with the western edge of Elbląg Upland Landscape Park as the nearest neighbor.
The climate in this area is affected by the short distance to the Baltic Sea, making it mild and healthy for humans, horses and a wide variety of species of wildlife and plants.

The Stud Farm "Ostrobrzeg" is quite unique given its history, location and exceptional quality of the buildings and land layout.

A small but well-organized machinery equipment is included.

We look forward to hearing from you.


We look forward to hearing from you.