The need for energy is rising, because we become more people, who all are consuming more and more resources. By 2050, we are over 9 billion people on the globe, who all want to live a good life. One of the prerequisites is clean, adequate and cheap energy and the need increases as societies evolves and living conditions improves.

The 20th century was largely driven by access to cheap and abundant amounts of coal, oil and gas. World energy consumption has more than doubled over the past 40 years. Only twice we have seen a real decrease in energy consumption. It was during the second oil crisis after Shaun's fall in Iran in the early 1980s and in connection with the financial crisis in 2008. In the 21st century, there must be other ways to meet the need for energy. Only over the next 25 years is global energy consumption expected to grow by one third. 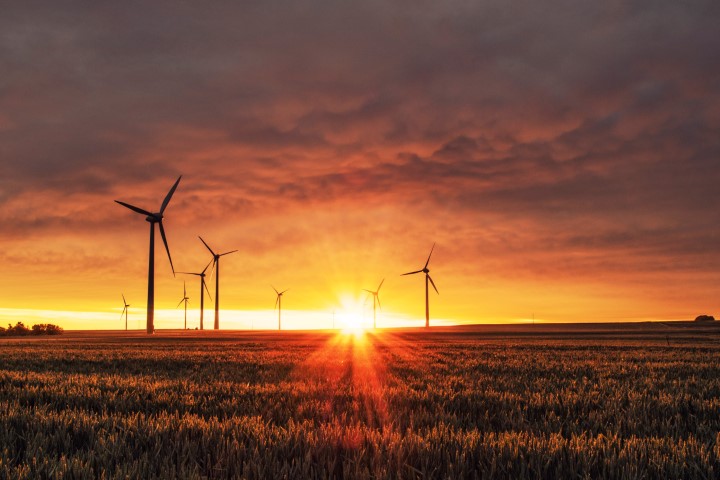 The Danish government has a vision of Danish independence of coal, oil and gas in 2050. It is a landmark and shows, on a full scale, that a society independent of fossil fuels is possible.

The strategy is the first of its kind in the world. It sets out the energy policy tools that will make Denmark a green, sustainable and competitive society with a stable energy supply. Until 2020, the strategy will reduce the use of fossil fuels in the energy sector by 33 per cent compared to 2009. In addition, the strategy will increase the share of renewable energy to 33 per cent by 2020 and reduce gross energy consumption by 2020 with 6 per cent compared to 2006 due to a significant focus on energy efficiency. The government's goal of making Denmark independent of fossil fuels by 2050 is based on the recognition that the world is facing a new energy policy age.

More and more countries are, in line with Denmark, implementing technology that can provide the population with clean energy, but development is slow and does not cover the needs of both new energy and replacement of conventional production facilities.

Most installations for the production of renewable energy are listed as private investments. The energy produced is often sold to the public distribution network and the sold energy is often settled through subsidized settlement systems.

In many countries, the traditional subsidized settlement systems are changing, and several have already adopted or are considering implementing auction systems to determine the settlement of energy sales. The conversion is not necessarily a bad thing in the long term, but in the short term, it gives some uncertainty for those who will finance and build the projects. There are, of course, needs to adjust the settlement systems as conditions and technology evolve, but for investors; it is absolutely crucial whether they can be sure that the assumptions they have made, can return an investment over the project lifetime, as anticipated.

We are currently experiencing investors withdrawing from 'technically sound projects' because they cannot be sufficiently secure on the repayment period.

Jesper Kjaer ApS is a diversified developer and broker company, which has developed projects for renewable energy in central and Eastern Europe since 2001. Through a combination of self-development, joint venture development and strategic cooperation, we have participated in the development of projects for more than 1,000 MW wind turbines.

Our position is based on a deep understanding of local opportunities - and the ability to be at the forefront of tomorrow. We take pride in being a committed partner and we have made it our brand to make the impossible possible. Development and mediation of investment projects is a difficult and complex process, but we never lose sight of what creates value for our customers.

We are developing, at this point, commercial investment projects in Poland, Latvia, Lithuania and Romania. In addition, we are active in the development of wind power projects in Morocco.

Due to the ongoing reforms of renewable energy settlement systems, in the markets where we are active, and the uncertainty currently created for investors, we have decided to market only projects for renewable energy, that are already operating with stable earnings, to existing investors. We continue to develop new projects as before, but they will only be marketed when there is more transparent and predictable settlement systems in place.